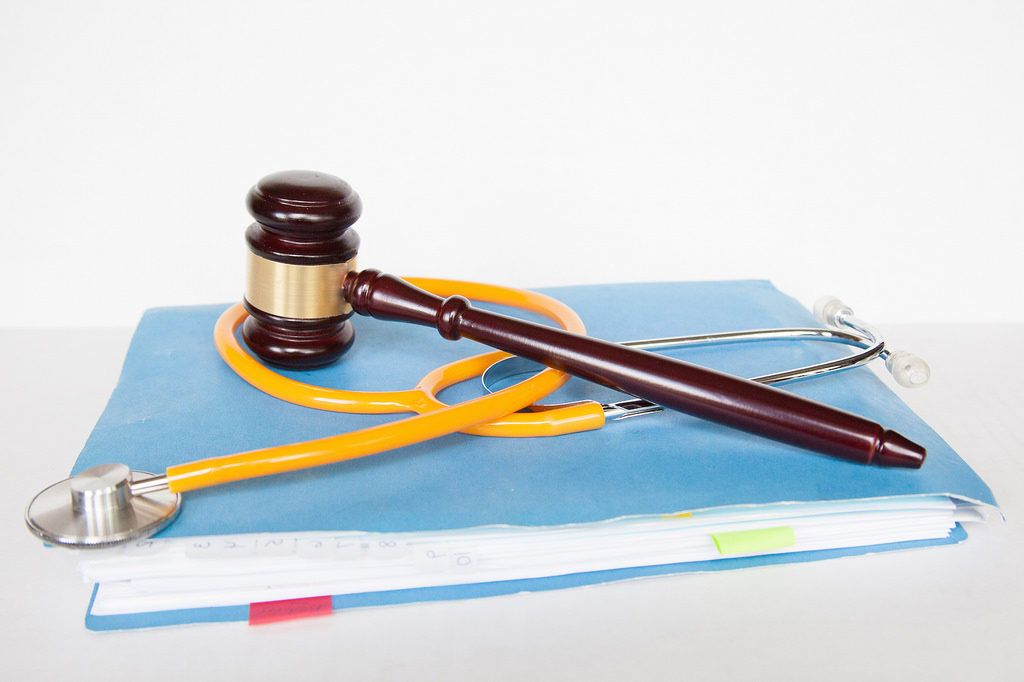 There are three factors that need to be identified in order to file a medical malpractice lawsuit. The first factor is that the health care provider violated the standard of care. These standards are set by medical professionals who practice in the same field of medicine. A doctor should treat an illness or injury the same way a reasonable prudent doctor would in a similar case. The second factor is that the violation of the standard of care caused injury to the patient. It is not enough in a medical malpractice lawsuit for a healthcare professional to just diverge from the standard of care, they must also cause injury due to the violation.

PATIENT is seen by DOCTOR for a small lump in her breast. DOCTOR fails to test the lump for breast cancer. Three years later, the PATIENT’s cancer spread to her lymph nodes. Now PATIENT must undergo extensive and costly chemotherapy and will lose her breast because the cancer was not detected early enough. Because DOCTOR violated the standard of care by not checking the lump for cancer and PATIENT now has increased cancer which resulted in significant damages from chemotherapy and loss of her breast, PATIENT may sue the doctor for medical malpractice. In this case, PATIENT is well within the statute of limitations. She would have 2 years from when the cancer was discovered to have spread to file the lawsuit.

PATIENT goes in for emergency surgery to have their appendix taken out. While the procedure went well, SURGEON failed to remove a small surgical blade from the PATIENT’s body cavity. Three years later, PATIENT feels sharp pain in the abdomen. Upon inspection of an x-ray, it is found that the blade was still in the body and had to be removed. When the blade is being removed, it is found that it has caused punctures in PATIENT’s organs. Because the patient now has to have more surgery to remove the blade (violation of standard of care) and fix his punctured organs (significant damages). This PATIENT has two years from the x-ray that found the blade to file a lawsuit against the surgeon as it has been less than seven years from the operation.

PATIENT goes into labor and is rushed to the hospital. While at the hospital, the DOCTOR fails to order an emergency cesarean section as the baby has their umbilical cord wrapped around their neck. The baby is delivered but is not breathing. The DOCTOR is able to revive the baby but the baby now has brain damage from lack of oxygen. Because the DOCTOR failed to order the emergency cesarean section (violation of standard of care) the baby suffered brain damage (significant damages). PATIENT will have two years to file a lawsuit from the delivery date, holding the DOCTOR accountable for their negligence that lead to the brain damage to the baby.

Being injured due to the negligence of a trusted health care provider can be very upsetting. The lawsuits can be long and being out of work with medical bills piling up can take its toll on you. If you’ve suffered increased injury at the hands of trusted healthcare provider, it is important to seek legal counsel as soon as possible to ensure you are compensated for their negligence. The Law Office of Vincent J. Caputo is here to assist you in medical malpractice lawsuits. Your future? Our priority!

Full Tort vs. Limited Tort in Pennsylvania: What Injured Parties Need to Know

Car Accident: What To Do If You’re Involved In A Crash

Workers Compensation: Protecting Those Injured on the Job