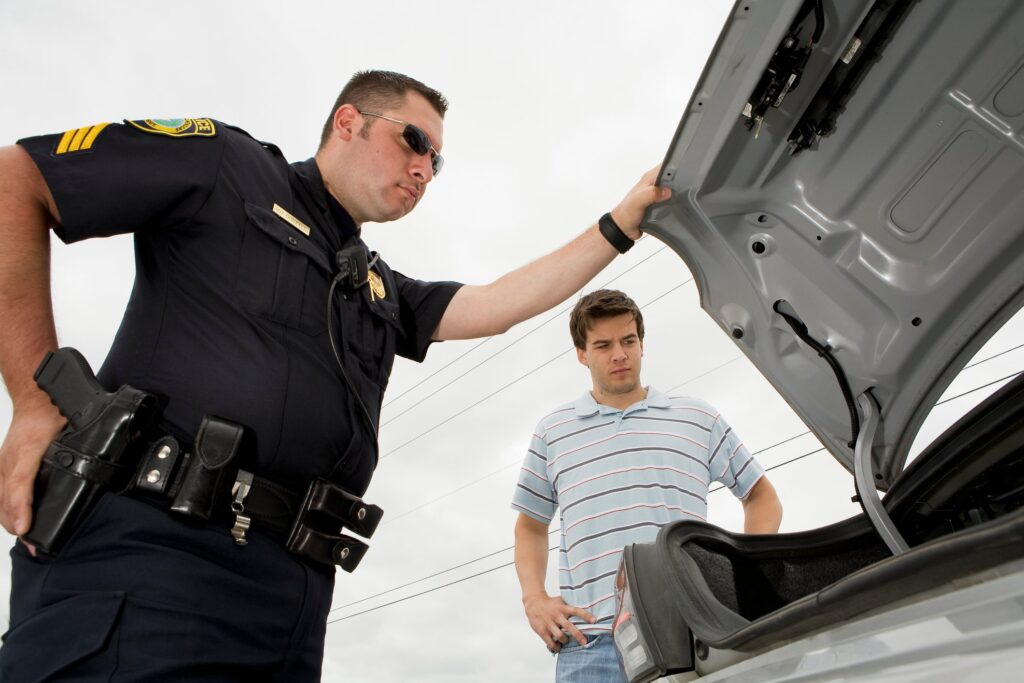 A local man was charged with two counts of manufacture, delivery or possession with intent to manufacture or deliver, two counts of intentionally possessing a controlled substance by a person who is not licensed to possess by the state and five counts of use/possession of drug paraphernalia. As he was driving alone one day, he was pulled over by a police officer for failing to signal a lane change along with an expired registration sticker. Once the officer approached the vehicle, he asked the man for consent to search the vehicle as a result of an aroma of marijuana coming from the car.

The man consented to the search, however, he attempted to flee the scene on foot during the search. After apprehending the suspect, the officer continued his search of the vehicle. According to the affidavit written by the officer, while attempting to flee, the suspect discarded three bags which were suspected and then later tested to be positive for cocaine. In a backpack inside the vehicle, the officer discovered fourteen bags of marijuana ranging from small, medium to large (along with extra empty bags), edible marijuana in bags, a scale, an unused pipe and four loose pills. Seven-hundred-seventy dollars were also found on his person. All of the substances recovered at the scene were field tested and resulted positive for marijuana and cocaine at the scene. The accused did not possess a medical marijuana card and was not licensed to possess these substances in the state of Pennsylvania.

Each of the three charges that the man was confronted with are misdemeanor offenses. Normally any crime of possession of a substance is graded as a misdemeanor, with the first offense being punishable by up to one year in jail and a five-thousand dollar fine. Subsequent offenses are punishable by up to three years in prison and a twenty-five-thousand dollar fine. However, there is an exception to these fixed sentences for when the possession charge is coupled with an intent to distribute. This intent to distribute brings the charge’s grade up to a felony. Therefore, the man was charged with two felony counts of possession with intent to deliver, two misdemeanor counts of intentionally possessing a controlled substance and five misdemeanor counts of use/possession of drug paraphernalia.

The crimes that he was charged with are called specific intent crimes, meaning that intent is an element of the crime itself. Specific intent crimes put the burden on the prosecution to prove beyond a reasonable doubt, that the defendant intended to commit certain harm. In this case, the prosecution had the burden to prove that this man actually intended to distribute the substances he was possessing, prove that he knew these substances were in his possession and that he knew what these substances were.

Vincent J. Caputo decided their next course of action was to challenge the drug test results of what was found at the scene. When challenged, it came to light that the Commonwealth could not produce the drug evidence for the lab tests. With no evidence to incriminate his client, Vincent J. Caputo motioned to dismiss the charges against his client. All of the charges were dismissed by the court and the defendant walked away a free man.