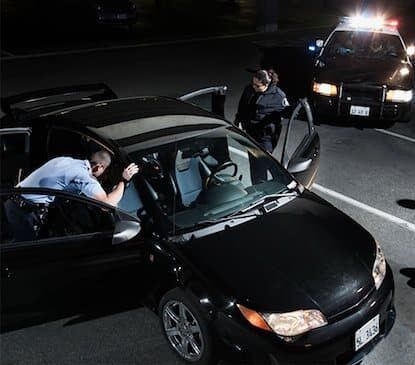 A local man was driving down a two-lane highway in the left lane when a police officer pulled the car over for remaining in the passing lane when no cars were in the right lane. The officer decided to run the license plate of the car and the search resulted in the owner of the vehicle being a suspended driver as well as being listed as ‘Wanted’. Once both vehicles had pulled over, the officer identified the man and expressed that he smelled an odor of burnt and fresh Marijuana.

Once the man consented to the search, there was drug evidence found in the vehicle. First found was a burnt end of a Marijuana blunt in the front seat cupholder, next was two-thousand-twenty dollars found in the center console.  In the trunk was a fanny pack which had multiple Ziploc bags, another bag with 1.8 grams of Marijuana and one last bag containing eighty-one pills.

For the defense in this case, Mr. Caputo used two precedent cases in relation to vehicle searches and seizures. Commonwealth v. Alexander was decided in December of 2020 and argued that vehicles should not be an exception to the Fourth Amendment right against unlawful search and seizure. The argument used was that police should not be able to search a vehicle based solely off of probable cause and that the search should require a warrant like every other type of search. The case was won and changed the statute for vehicle searches and seizures. The other precedent case used in this particular defense was Commonwealth v. Travis Scott. In this case, an officer had pulled over a vehicle and when smelling the odor of Marijuana, asked the driver to consent to a search. The Marijuana was found in the backseat, however the officer continued to search the trunk of the vehicle where a gun was found. Trial Court found that the officer erred when thinking he had probable cause to search the trunk after finding what he was looking for. The Pennsylvania Supreme Court affirmed this decision.

Using these precedent cases, Mr. Caputo asked to suppress the evidence found in his client’s trunk, reasoning that the officer did not have probable cause to continue searching to the trunk after finding the Marijuana he had asked to search for in the front seat cupholder. The judge ruled in Mr. Caputo’s favor, suppressing the 1.8 grams of Marijuana and eighty-one pills. With that ruling, the prosecution dismissed the felony charge of possession with intent to distribute, leaving two misdemeanor charges of possession and one summary charge of driving while privilege is suspended or revoked. With these charges, the prosecution then offered Mr. Caputo’s client a sentence of two years of probation. Mr. Caputo and his client accepted this sentence with ease after having the felony charge dismissed.