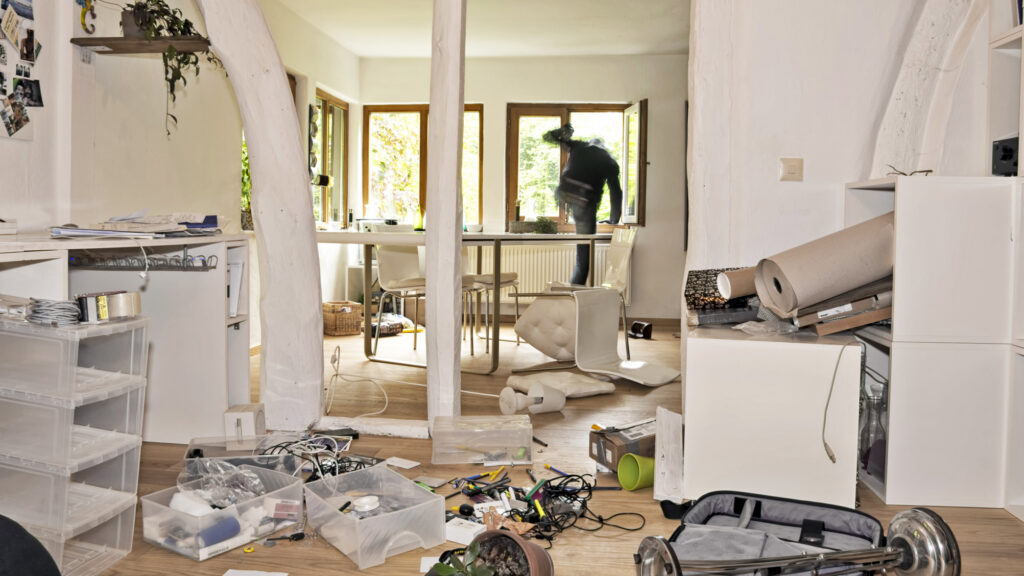 A man broke an order against trespass one night while breaking and entering into a girlfriend’s apartment. While inside, he threatened the woman by text messaging photographs of himself damaging her personal property and of her apartment in disarray. When she returned home that day, she discovered her broken glasses, two broken hair irons and her toilet clogged with all of her makeup. The damage in property amounted to nine-hundred and seventy dollars.

Following the incident, the victim changed her door locks and verbally communicated to the man that he was not allowed in her apartment unless accompanied by her. A short time later, she received a text message of a photograph of a check. She knew this check was located inside of her apartment. When she returned home, she arrived to her front door wide open even though she was absolutely sure she locked it when she had left that morning. She remembered she had left her bedroom window open, which would have given access for the man to enter her apartment. The man knew he was not allowed in the apartment and the only keys to the new locks were in possession of the woman.

Then, following the second incident, the man broke into the woman’s residence by way of the screen door. The victim happened to be home at the time and warned him that he was not allowed inside and that she had a Protection From Abuse order against him. He still entered the residence, only grabbing two belts and then leaving.

Between these three incidents, the defendant managed to obtain nine criminal charges, four of which being felonies. The charges include felony burglary and criminal trespass, the other five misdemeanor charges included criminal mischief, harassment, terroristic threats and simple assault.

Facing the lengthy list of charges, Mr. Caputo knew he needed to find a specific defense to help his client. When coming to the Preliminary hearing, he knew the burden was on the prosecution to prove the defendant guilty of each element of each crime they charged him with, as well as whether or not they could prove that there was probable cause that his defendant committed the crime. To convict one of a crime, each element of the crime must be proven to have been intentionally broken. In this case, Mr. Caputo challenged the Commonwealth on each element of each charged crime. Doing so proved that the Commonwealth could not prove each element beyond a reasonable doubt nor prove that there was probable cause for the defendant to commit the crime. The charges were all dismissed and his client walked away with no criminal convictions.